Return to Past events

Then it was off around the bays to our lunch stop at Okains Bay, where we setup for a picnic lunch and a chance to catch up as a group. After lunch, Club Members had a choice of two optional routes to our next stop in Akaroa, which split the group until everyone joined up again in the main street for coffee and a look around the shops. Those that had to get back to Christchurch left us at the top of the hill and headed home.
About mid afternoon after coffee and ice creams the weather started to deteriorate, so we all bid farewell and headed home at our leisure.
All in all, we had a great day of driving around some of the best driving roads in Canterbury for our cars. A great day was had by all with safe driving and an excellent way to start the new Spring season. Thank you to all who participated. 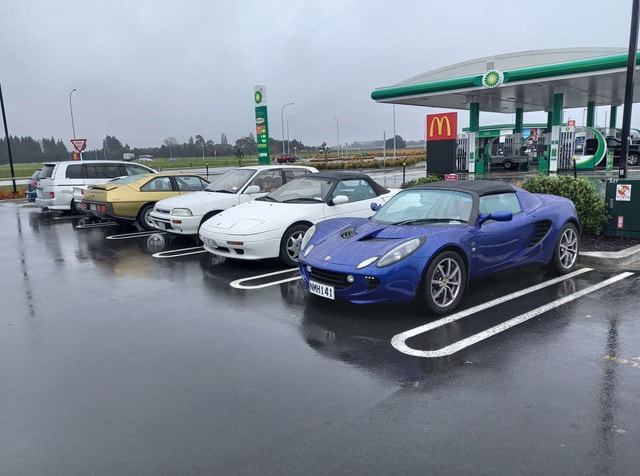 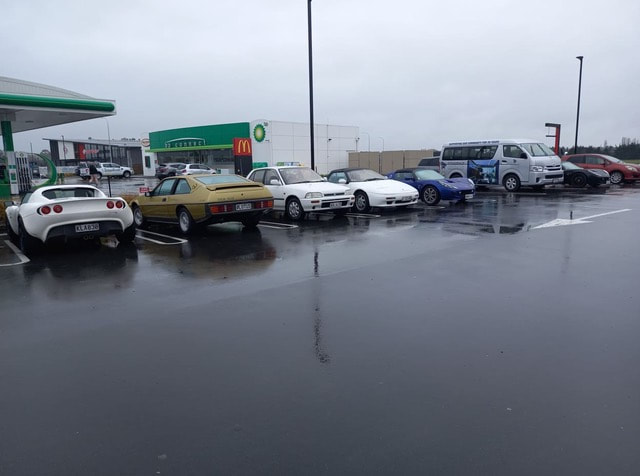 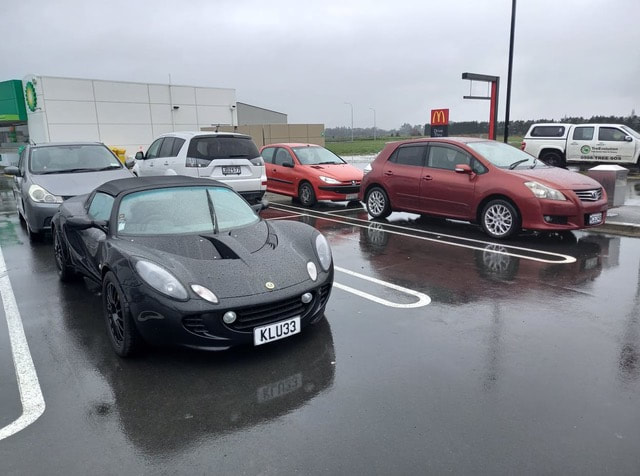 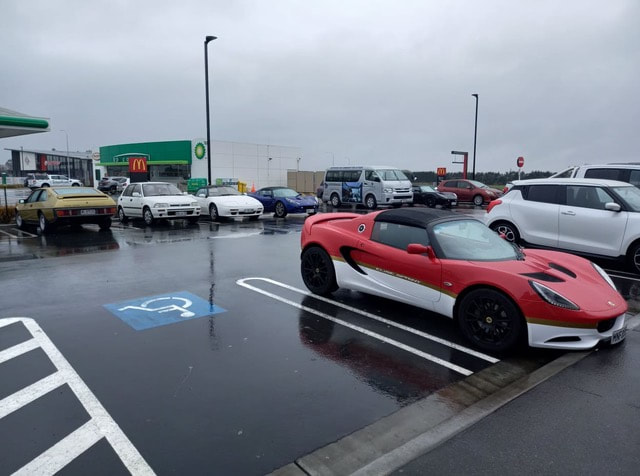 Saturday Run to Geraldine - 22nd May

Saturday dawned a fine and cloudless day and as we had a reasonable distance to travel we all met at The Spitfire Square for an 8:30am departure. It was cool with a promise of a clear and sunny day so it was extra good to have coffees available at the Square before we left. We had 32 people register for the run and 18 cars, so it was the makings of a great day out. The further south we went the more we saw of the sun, although around the Rakaia Gorge there was a lot of frost evident and the roads were damp so it was a bit cautionary at times but what great roads for us. There were a few really brave people with their roofs off and so it was a tad cool for them around this area. 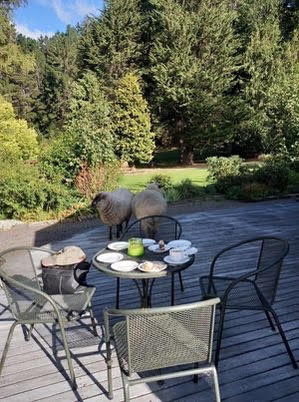 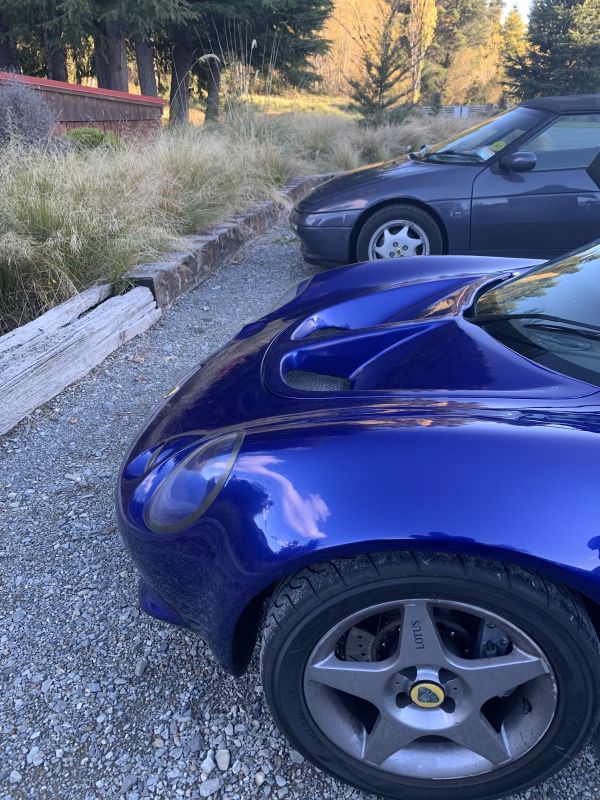 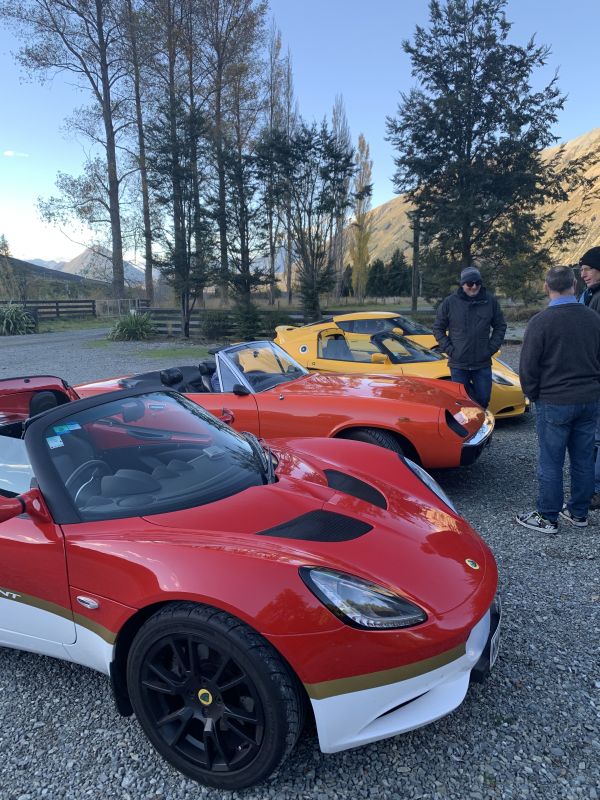 After some fine warm Autumn days, this was the day the weather decided to start out wet and chilly. However, since we weren't heading away until the afternoon, the weather was on the up when we departed from Spitfire Square to head inland to Flock Hill Station, with a small detour to pick up the better half from Kirwee en route.
It was still a cool day, but the clouds cleared as we descended the other side of Porters Pass, and we had a lovely sunny drive through the twisty bits before arriving at Flock Hill for afternoon tea. Their croissants and scones were just the ticket, and even a couple of the local flock came to join us on the deck!
Malcolm James 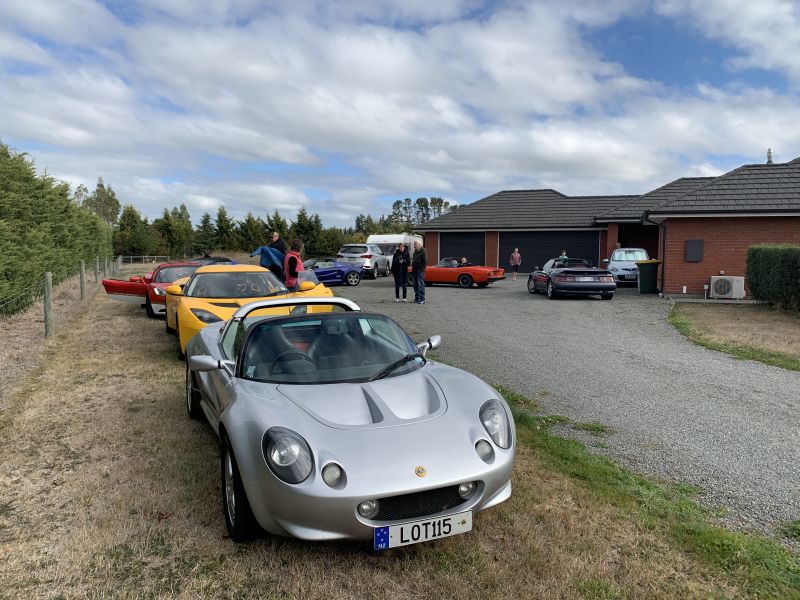 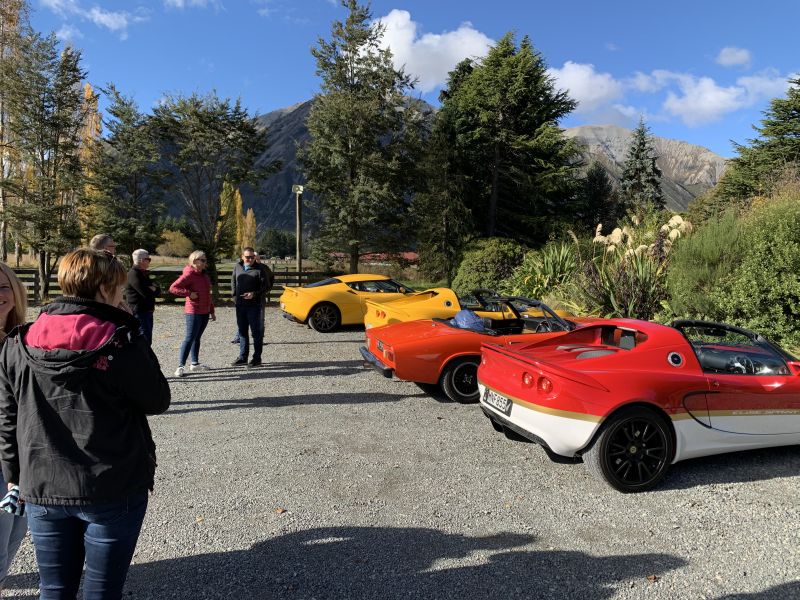 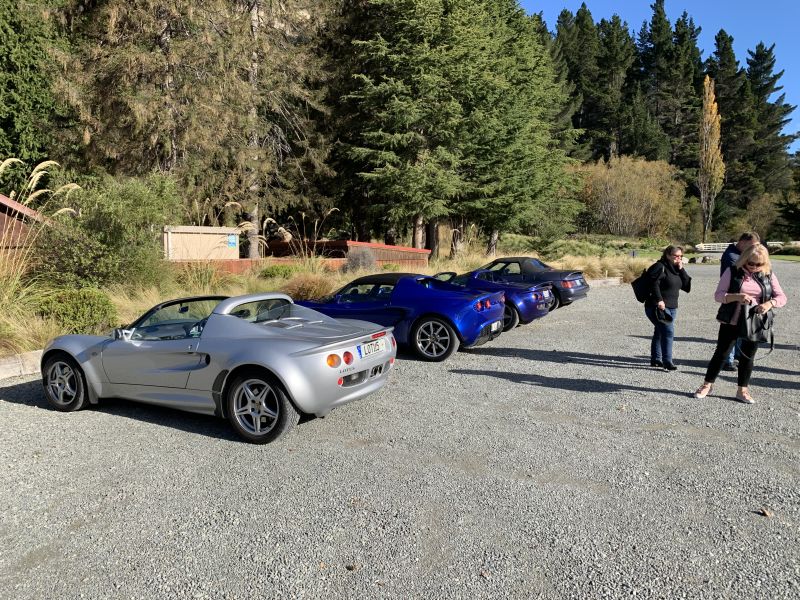 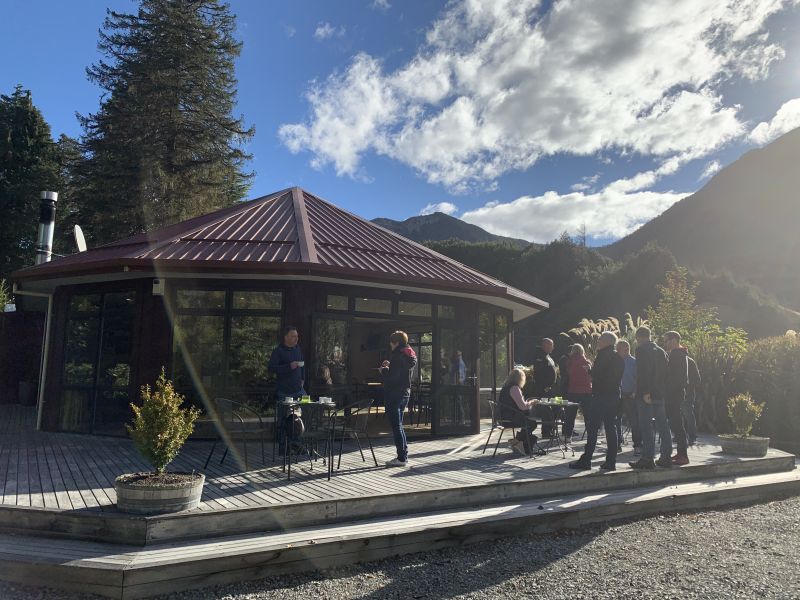 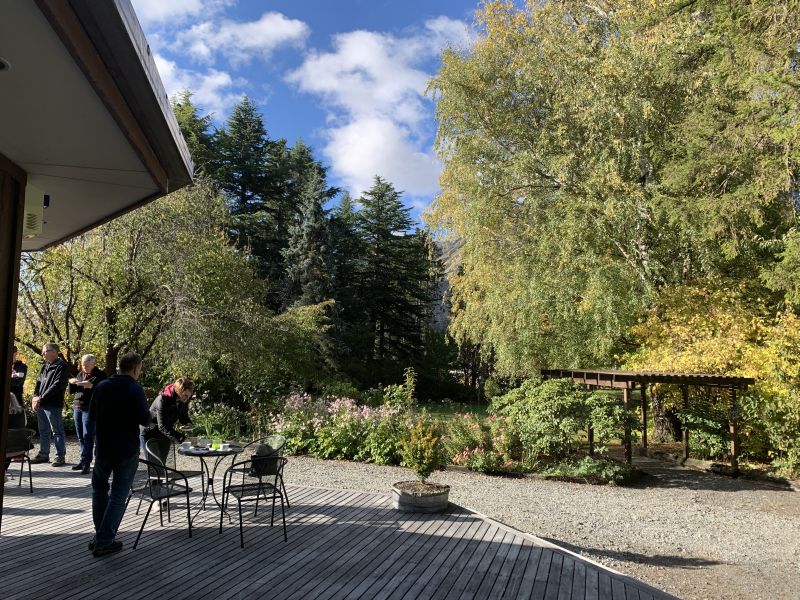 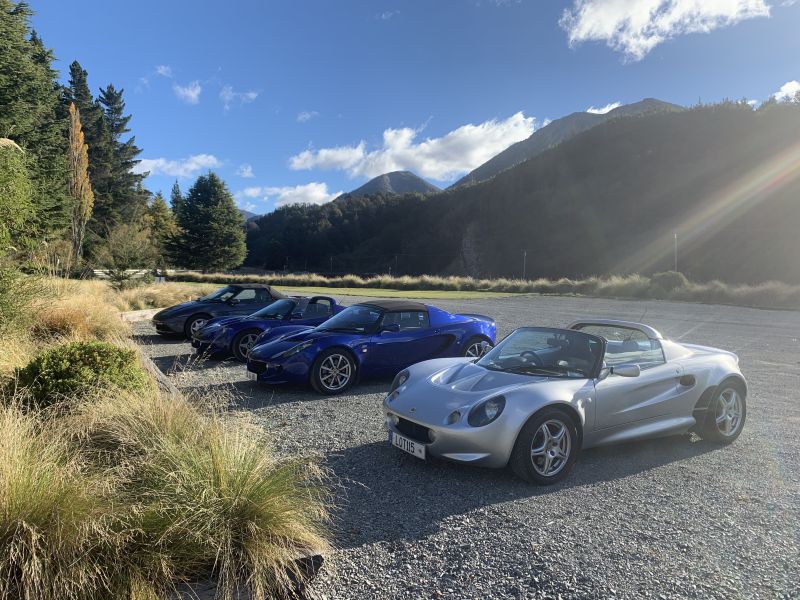 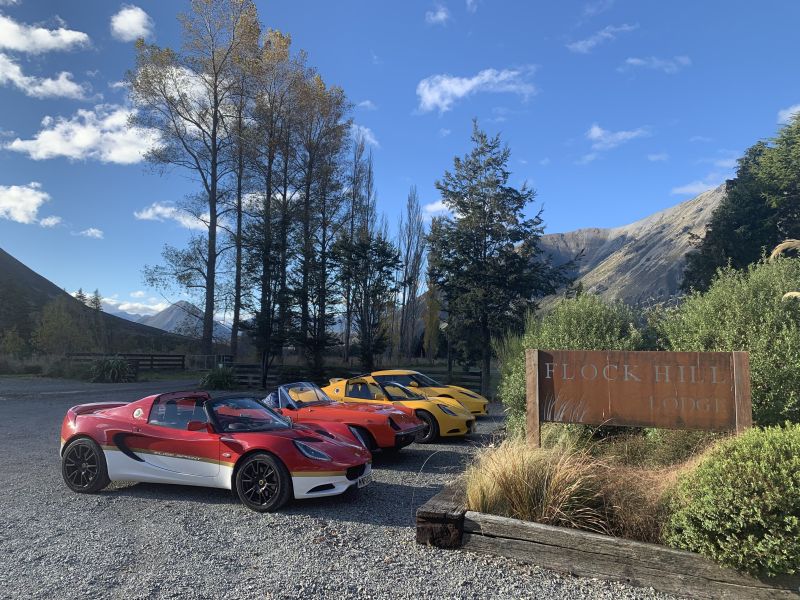 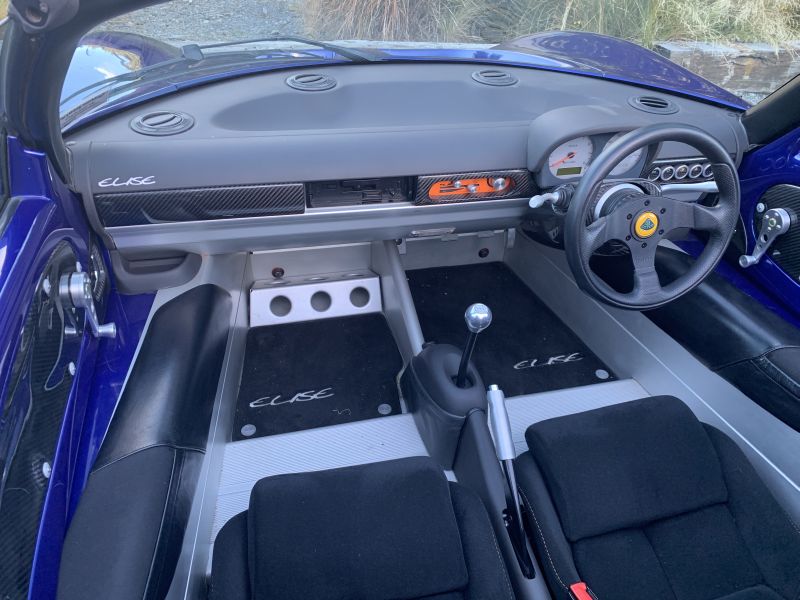 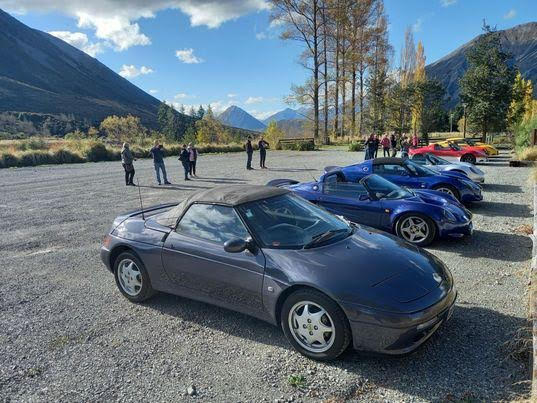 The Club visited “Tin Rabbit Restorations” in Kaiapoi to view their current range of vehicles under restoration. We had 26 Club Members attend and were welcomed by Chris Schouten the business owner, who gave us a rundown on the history of the business and talked us through the work being done on the various vehicles in the workshop. This included, amongst others, a very impressive Holden Monaro which was in the final stages of some extensive modifications. A HT Holden Ute having panel damage repairs, a Datsun 1200 being rebuilt and a Volkswagen Combi Camper being readied for painting. Upstairs we saw an array of Cortinas including Chris’s own Ford Cortina Lotus and a barn find Cortina MK 1 in restorable condition along with a Citroen undergoing extensive restoration.
It was an excellent evening enjoyed by all who attended and great to see such an array of everyday classic vehicles being lovingly restored by their owners and the great work being done by Chris and his Team.
After a thank you to Chris for his hospitality, some of the group headed down to Armadillos for a couple of drinks and a catchup to finish off another excellent night out for the club.
Craig Harman

We had a great turnout for the Sunday Lotus North Canterbury run on a spectacular summer day. It was great to be supported by a couple of very cool old MGs and only one MX5 on some great twisting roads.
The team at Fossil point were amazing, even having the Lotus symbol on the chalk board to welcome the Lotus club. And what was even better was that I organised a run without rain.
Alan 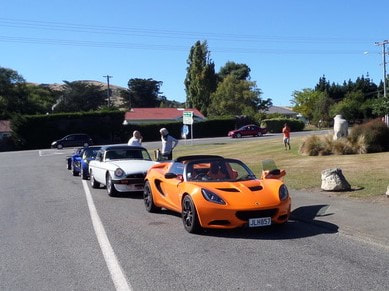 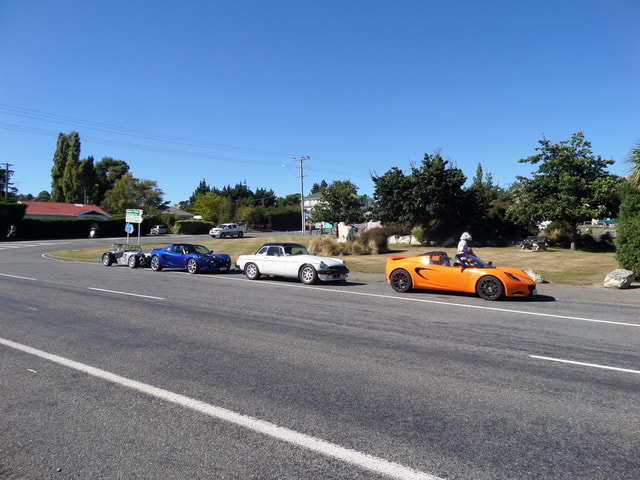 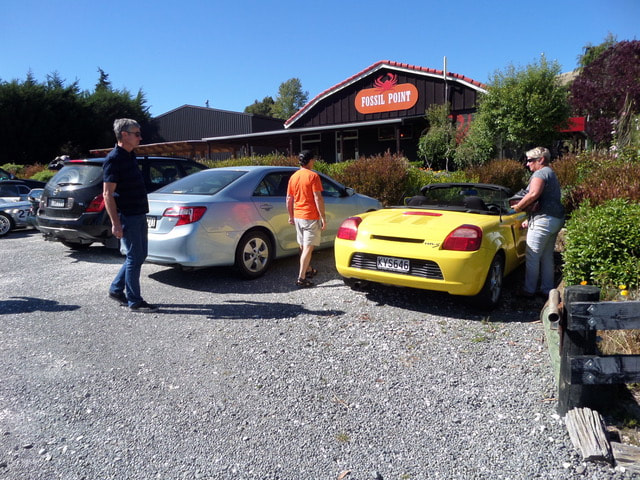 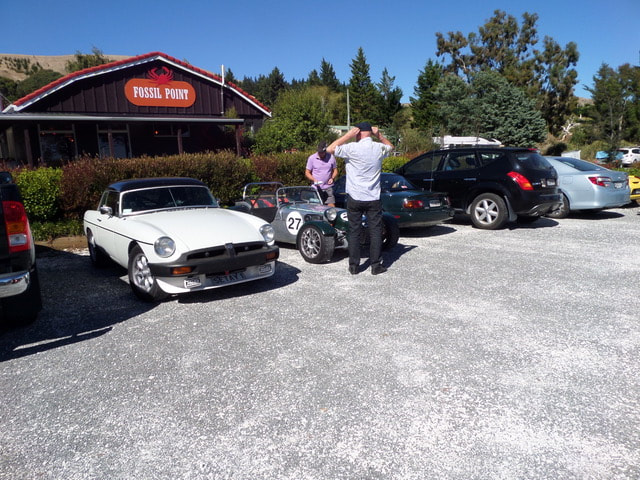 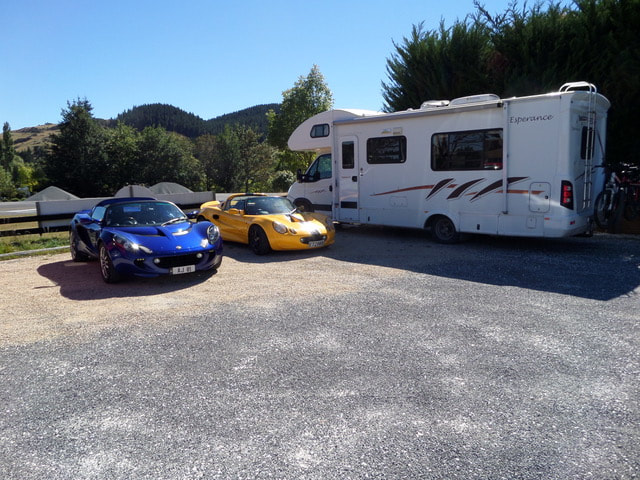 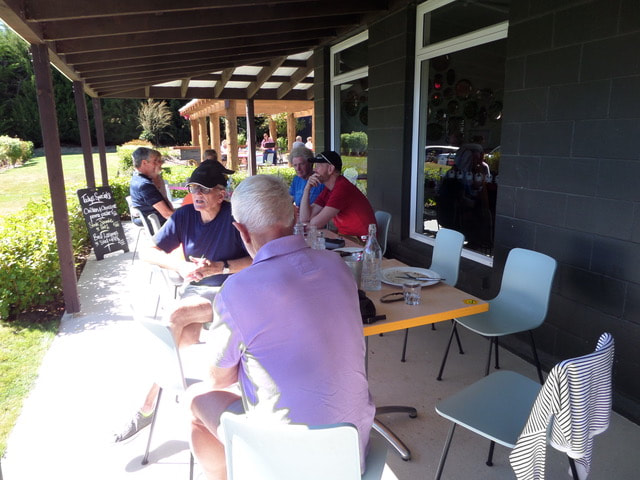 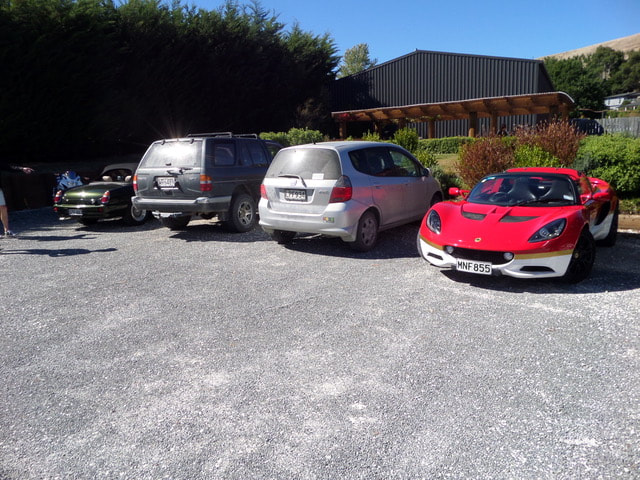 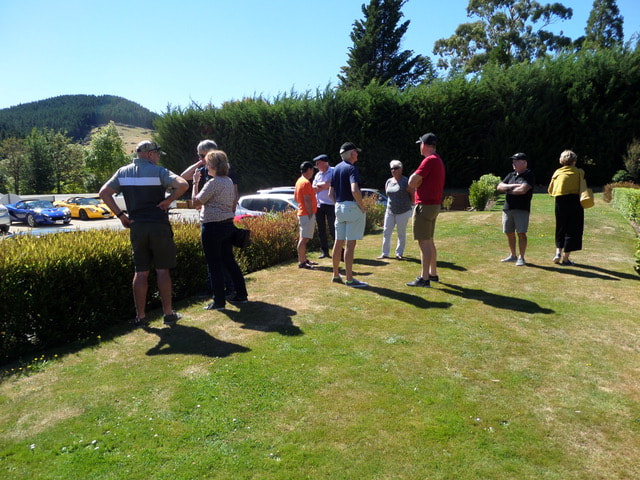 We had a good turnout of 24 people to Orton Bradley park cafe. Unfortunately the weather wasn’t so kind so we had to eat indoors in the old colonial cottage. Also the council had decided to reseal the summit road and sprinkle it with marbles, otherwise a fantastic night. 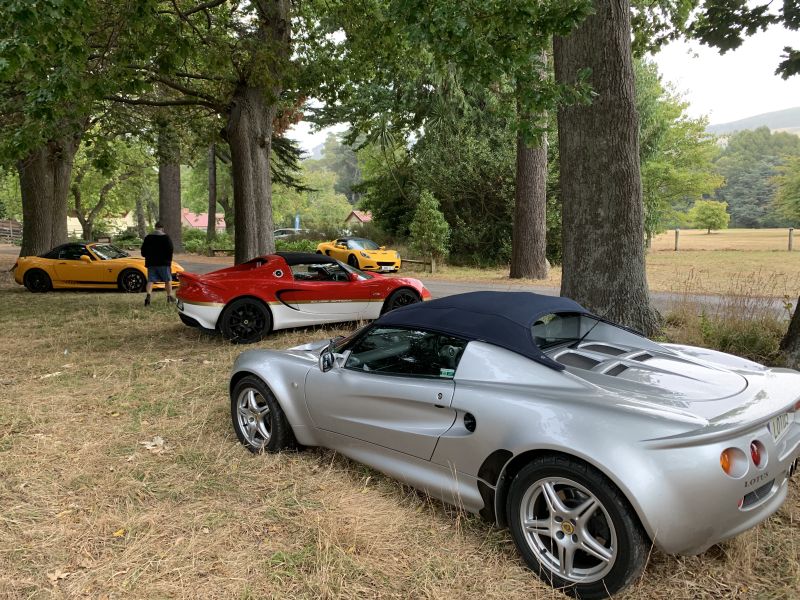 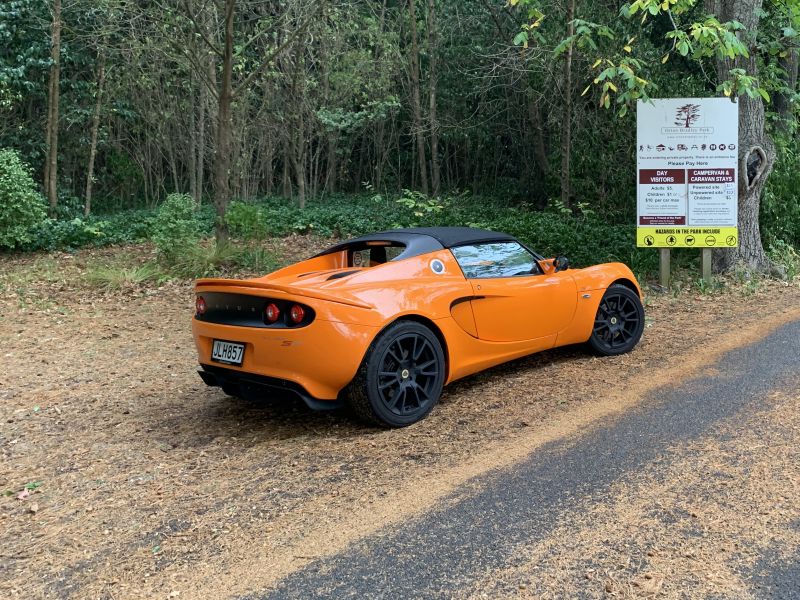 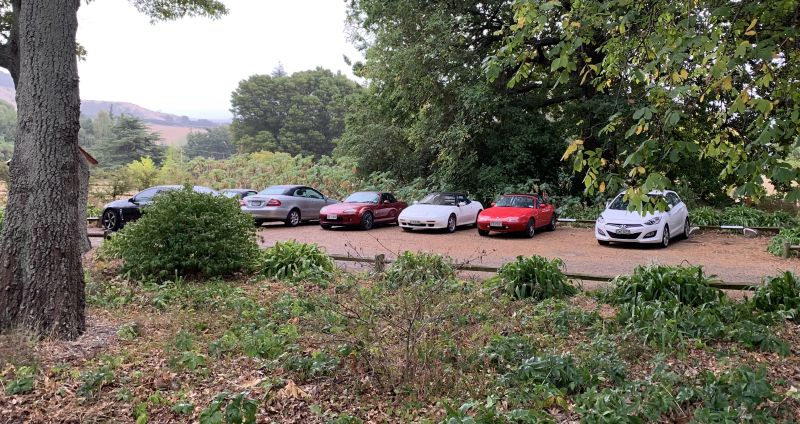 We’d been counting the days until our Saturday run to The House of Ball Winery. The weather during the week was a bit of a mixed bag with rain on both the Thursday and Friday. Thankfully Saturday morning was dry and this was all we needed for every car to take their roof off and enjoy the run. After a good catch up and a coffee at Ravenswood we headed off through the inland route passing Amberley, up to Greta Valley and then turning towards Waikari and the nice twisty roads through Harwarden. Then back to the main road by the Hurunui Hotel and towards our destination. What a great run it was, beaut weather and these roads are just made for our cars. I know many of us will look forward to this area again.

Following the run the convoy of 8 cars arrived together to be meet by the others who came directly to the venue, giving us a total 21 people. The ‘House of Ball’ is a small family owned and operated vineyard on the western slopes of the Waipara valley with views to die for. After the initial introduction, our host Julian Ball and his wife Lynda treated us to a tasting of their home grown Gruner Veltliner, Rose and a blend called The Merger whilst also explaining their viticulture techniques.
​
Lunch followed with a spit roast of rolled pork and butterflied lamb, accompanied by salads and sweets bought by everyone to share. The spit roast was superb (thanks to Philip and Julie) It was great to see the clubs’ newer members chatting freely with the established ones.
We were then given a tour of their compact winery and an opportunity to see Julian’s amazing circa 1934 Alfa Romeo Spyder replica. A Supercharged straight 8 beast and what a sound it makes, now this is a beautiful car.

If the amount of wine purchased following the event is anything to go by, everyone certainly enjoyed their day out in North Canterbury!