Return to PAst events

​It was my turn to organise a Sunday run for the club, so chose Akaroa as our destination. The last time we tried to go there the weather was so bad we only made it to Little River.
About 6 cars turned up at the Princess Margaret Hospital car park & we departed on a lovely sunny afternoon just after 1 pm. I decided to head out past the Halswell quarry and on to the main road at the edge of Halswell. About 2 km down the road, we turned  left onto the Old Tai Tapu Rd and took the less-used way to Tai Tapu. Back on the main road & straight through to Little River and on up to the Hill Top, where we kept left and wound our way around the summit road until we came to the Okains Bay turn-off. We turned right and dropped down to sea level then left and on into Akaroa.
We found a place to park on the main road with all our cars in a line. Good coffee, good food, good catch up with club friends in the sun, then headed home at our leisure. 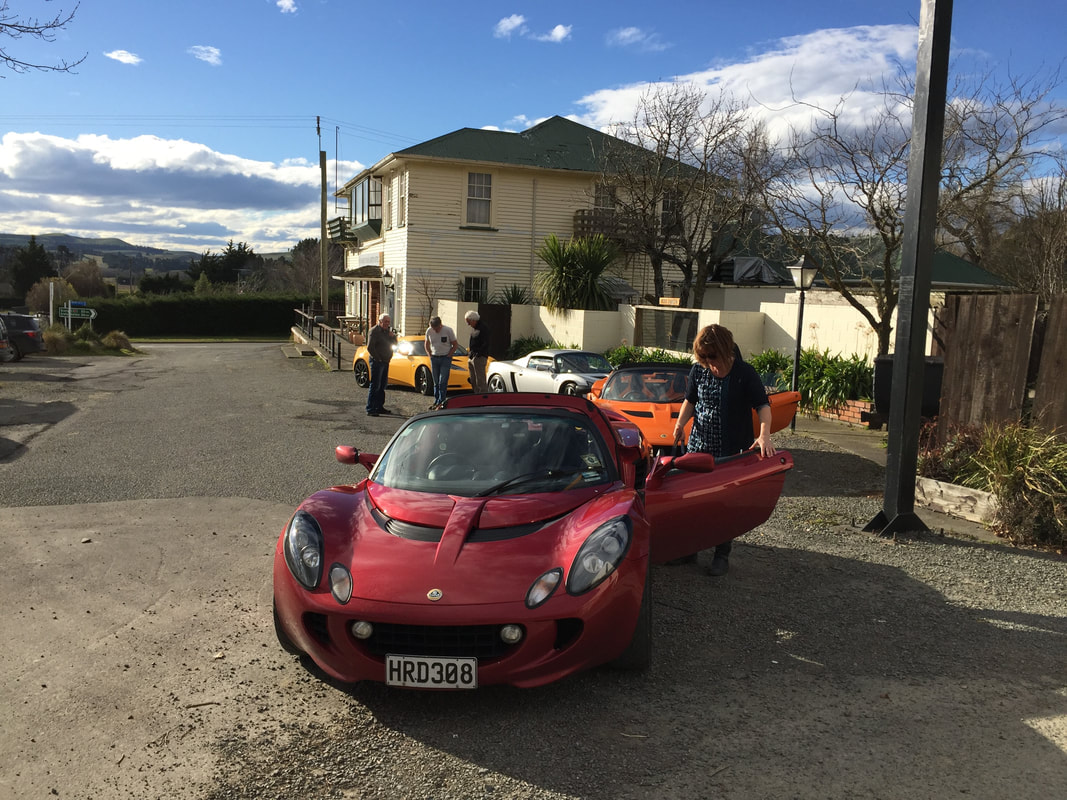 ​A beautiful day for the car run on Sunday 1st July. A balmy 17 degrees in north Canterbury. Here are some of the cars at the afternoon tea stop at the Star and Garter hotel in Waikari.

Sunday Run to Little River - May

A great run, organised by Russell Englefield, was planned to go to Akaroa. It was cut short due to weather, but still with a lovely lunch at Little River. 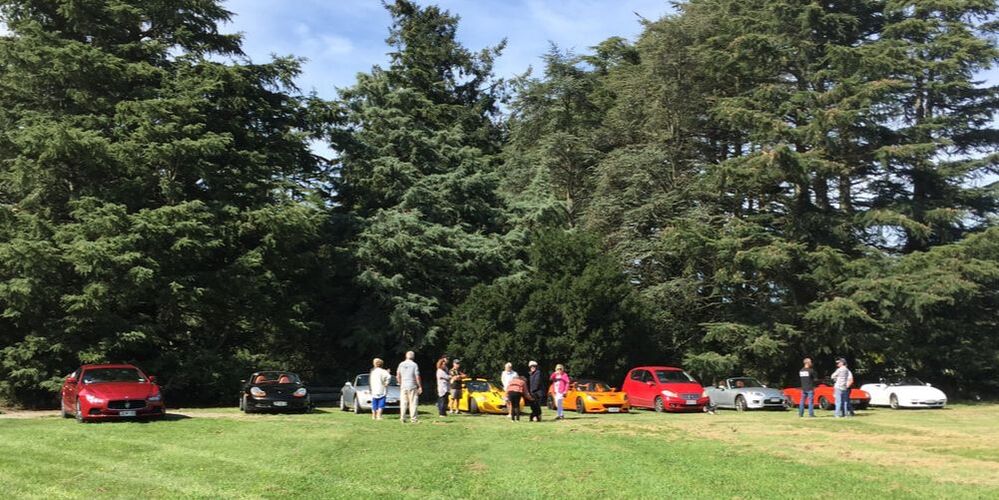 The March Southern Lotus Register run started at the Princess Margaret hospital car park and headed up Dyers Pass, through Governors Bay and over Gebbies Pass to Motukarara. We then made our way to around the back roads to a lunch stop at the Rakaia domain for a picnic lunch on a beautiful sunny day. After lunch organiser Jan showed us the way on some awesome backroads many of us had never travelled on, to Darfield (the home of the giant ice-cream), where we all stopped for a briefing and a sample before heading home on our own paths. A great day was enjoyed by those in their Lotus, Jensen, MX-5, Porsche, Maserati and Mercedes. Thanks to organiser Jan.

Jen very kindly started the cars off from Yaldhurst Hotel carpark for us. We meet up with them just out of Hororata having come up through Rakaia Gorge.
We continued on to Tom & Jen McElra's property which is where the Washpen Falls is situated. There were three eager starters to do the walk to the falls. The others of us sat in the carpark & ate our lunch. When the trampers returned we drove to Mt Hutt Lodge at the Rakaia Gorge for refreshments.
​Although only six cars in total, a nice day was had. Thanks to those attending.
​​Bev & Graham Stevens

Tonight we visited two different places, both had a common theme and interest for everyone.
Firstly we meet at Footpath & Beyond Signs Ltd and had a catch up with Bernie.
This was an interesting place to visit as I’d driven by many times and always wondered what sort of things you could buy or have created in Acrylic.
If you want acrylic for pretty much any application then Bernie can do it, Clear, coloured, double glazing, boat or caravan windows, shelves, glass houses, model display cabinets and shadow boxes the list is endless and with his laser cutter any shape and size is not a problem.
You can even have wood engraved along with the acrylic item you are creating, if you are looking for anything Acrylic give Bernie a call.
​www.footpathandbeyondsigns.co.nz

Everyone met at the 3 Llamas cafe in Woodend (pretty good coffee and nice people).
AJ got us together and gave us directions to the Glentunnel Domain.  We had a lovely drive taking in the beautiful scenery through North Canterbury past the Ashley Gorge, into Oxford for a re-group and then off to the Waimak Gorge and onto out destination, The Glentunnel Holiday Park. This is such a great area to drive our cars and the roads are really good.
Jeanette and Chloe had arrived earlier at the Domain and organised where to park and the best place to set up the BBQ, a big thanks to Adrian for setting it up for us.  The day was overcast but really warm with 13 cars and 21 people at the Domain.
The BBQ was a great success especially the chicken kebabs, a big thank you to the people who helped on the BBQ and with the cleaning afterwards.